I would like to share my story with chronic pain so that it may help others on their healing journeys.  I have always been a very athletic and adventurous person who enjoyed running,  biking, weight-lifting, hiking, skiing, scuba-diving, and playing sports with my kids.  Although I am small in stature, I had no qualms about working with large patients with neurological or orthopedic injuries.  My world changed one day in June of 2007 when I sustained a back and SI (sacroiliac joint) injury while working with a CVA (stroke) patient.  The MRI showed a moderate disc bulge at L5, S1 and I had a severe sacroiliac joint strain.  I had pain and numbness into my leg and  knee which did not follow a “typical dermatomal pattern.”  The pain was like a “hot knife was twisting” in my R lumbar and sacroiliac area.  Acutely, I learned that ice, sacroiliac stabilization belt, anti-inflammatories,  electrical stimulation, and moving around/stretches seemed to help take the “edge off.”  I used a Saunder’s home lumbar traction unit for a couple of months.  The traction did seem to help relieve some of the leg pain/numbness and brought the back pain down a couple of notches.  I underwent two prolotherapy injections into the sacroiliac ligament (inject dextrose to promote scar tissue formation to help strengthen the ligament).  The first injection seemed to help, but the second injection seemed to scar down the sacrum into an already torsioned (twisted) position. I opted not to have an epidural, but in retrospect, I probably should have had one.  The inflammatory cascade that ensued followed the course of the nerve roots and produced more scar tissue.  I believe the inflammatory process led to a cartilage defect under the patella (knee cap) where the burning and numbness persisted for more than two years.  The fascia began to harden and contract in my leg, buttock, lumbar, and thoracic areas.

A year and a half later, I was still in pain every day, and sitting was limited.  I had been treated by another physical therapist who used traditional manual therapy techniques and resisted stabilization exercises, a massage therapist who did some Upledger craniosacral techniques, a chiropractor, and traditional medicine.  My option with traditional medicine was to have an epidural and/or pain pills.   I exercised at least an hour every day and did traditional single plane stretches, stabilization exercises,  strengthening, self-massage, walking, and some biking.  Emotionally, I was very frustrated, sad, and angry about the prospect of living with pain every day for the rest of  my life.  I grieved for the activities (especially running) that I had to give up.  I could feel that my sacrum was rotated, but I couldn’t correct it.  I felt like a failure as a physical therapist since I could not “cure” myself.  I started to search for continuing education courses that would help me improve my treatment techniques, and hopefully help myself as well.  My symptoms began to improve after attending a Gary Gray “Chain Reaction Transformation” seminar on functional exercise.  During that course, I learned how to stretch and strengthen in all three planes of motion.  As I performed the exercises, it started to help break up the scar tissue. I was more sore the next day, but then I felt better.  I was introduced to Monavie juice in May of 2009.  After 3 weeks of drinking the juice, my pain improved markedly, but I could still feel the myofascial restrictions.  In the summer of 2009 I attended my first John F Barnes myofascial release course.  I was initially more sore after the first day, but the pain improved after the 2nd day of treatment.  I attended a second John Barnes course (Fascial/Pelvis) a month or two later.  After this second course, my sacrum was corrected and I could run without pain!  I didn’t think I would ever be able to run again.  I attended John Barnes’ myofascial unwinding course in the fall of 2009.  I had a wonderful, very profound experience both as therapist and patient during this course and realized the amazing healing benefits that this treatment provides. I’ve learned that in addition to the myofascial restrictions, we also have sub-conscious holding patterns that our bodies continue to fight until they can be processed through a deeper level of unwinding.

For me this process involved experiencing the sharp pain of my initial injury (brief and temporary) and then I learned how to breathe, relax, and soften the tightness in my body. I learned how to “take my brakes off” and trust my body’s wisdom to move and stretch in ways that it innately knew, and never harmed. A powerful transformation occurred when I attended John Barnes Women’s Health Seminar May 2010. During a compression technique, I was surprised to experience the sharp pain again in my back, but I breathed, relaxed, and it quickly went away. I still had a sub-conscious holding pattern. For the first time I (fearfully) placed my foot in the exact position it was in when I was injured (while lying on my back). I could feel the “pressure of the floor” and I pushed…no pain! This sounds very strange, but my brain saw white light and the words “You are strong again” came to me. At that point, I started pushing my leg forcefully (with resistance by one of the instructors)through a range of motion that was pain-free! I felt like I had re-gained my power! My body had just processed that sub-conscious holding pattern and realized that there was no longer any pain. This journey takes courage, a development of body awareness (listening to the body’s subtle movements and focusing on relaxing the tight areas), and everyone’s experience is unique to them. I continue to attend additional John Barnes myofascial release courses and other continuing education.  Through self-treatment,  exercise, and treatment by other MFR therapists, I have managed to control my symptoms and enjoy the activities I love! 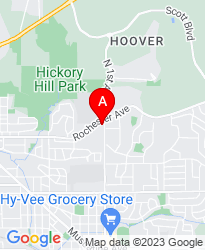